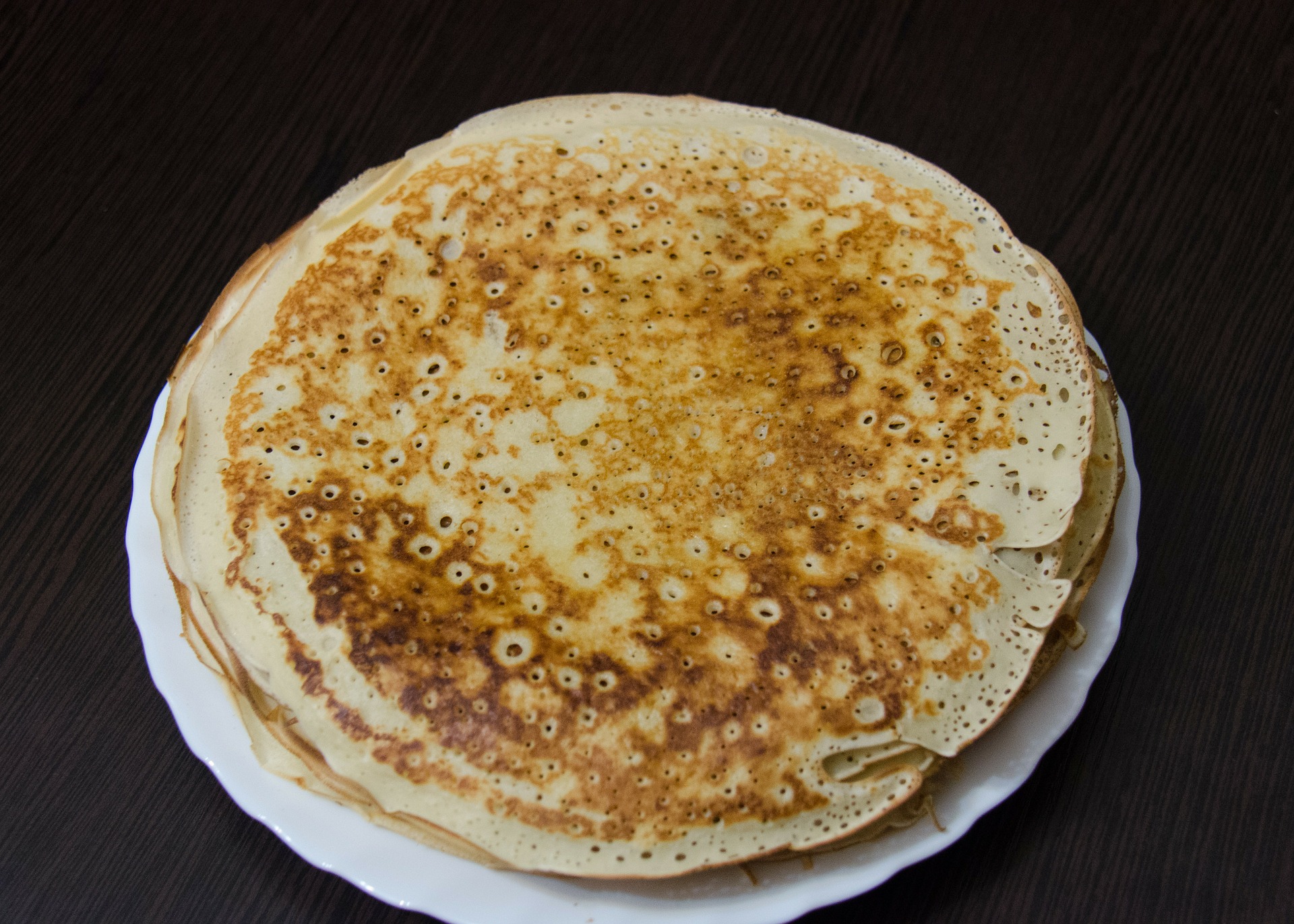 The world of pancakes.

“Flat as a pancake” is a catchphrase, that according to the Oxford English Dictionary has been in use since 1611. A term used to describe a lady with little or no cleavage.

The humble pancake is centuries old, indeed there is evidence to suggest that the pancake or a distant relative of it, existed as far back as the Neolithic period, remains of which were discovered in the digestive tract of Otzi, the Neolithic man found in the Italian Alps in 1991.

The ancient Romans and Greeks enjoyed pancakes, sweetened with Honey.

The Elizabethans ate their pancakes flavoured with spices and sugars from the ‘New World’, they also flavoured them with Rosewater, Sherry and Apples.

The early American Colonists made their pancakes or “hoecakes”, “johnnycakes” or “flapjacks” from Indian cornmeal (yellow in colour).

Moving along to ‘ Shrove Tuesday’ a day to repent, confess and to use all the ‘good’ foods up before the 40 days of lean meals, and fasting began on Ash Wednesday.

This is where we get the tradition of pancakes.

Pancakes were eaten to use all the milk, butter, eggs and of course flour , any ‘goodfood’ before the festival of LENT began.

Several superstitions customs accompany the making and eating of pancakes and some are still with us today.

#The first 3 pancakes made were considered sacred and marked with the sign of the cross and sprinkled with salt to ward of evil, and kept.is this the origins of the hot cross bun? Another story perhaps.

#In Ireland, the girls were given the afternoon of shrove Tuesday off, to prepare their pancake batter, the eldest unmarried would toss the first pancake, if successful, she would be married within the year.

#Holly kept from the previous Christmas was burned to heat the pan for the first pancake, again believed to bring good luck/health.

#In Wales, the tradition around Shrove Tuesday, had people going door to door , begging for flour and butter , children would also kick cans up and down the streets, to commemorate the putting away pots and pans for the Lenten fast.

#In France the name Mardi Gras is used for Shrove Tuesday , although in recent years it has become known by its English translation ‘Fat Tuesday’.

#The influence of French Cooking in the 18th century brought about the pancake or ‘crepe’ as we know it now, before this the pancake was a small thick pan cooked cake.

#The first recipe for pancakes appeared in an English cookbook in the 15th century.

#The biggest pancake ever made, was 15mts wide 2.5cm deep and contained 2 million calories.

#The most pancakes tossed in 2 minutes was 349 and achieved by Dean Gould in Suffolk in 1995.

An average of 2 pancakes per person are eaten on Shrove Tuesday by the Irish Nation.